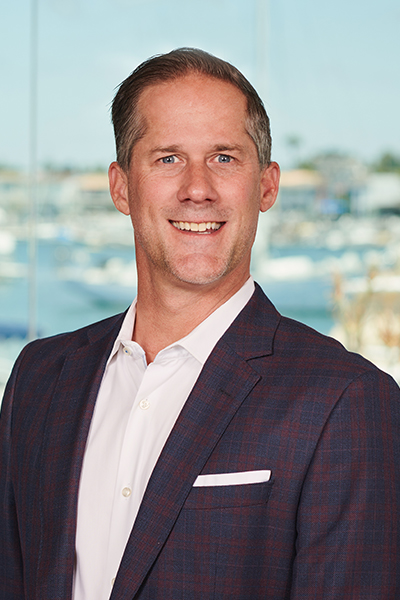 A seasoned and strategic real estate investor and operator, CJ has been integral in the acquisition, entitlement, development and disposition of more than $1 billion in commercial real estate throughout his career.

Specializing in the vision and strategy necessary to build value in commercial investments, CJ leverages his vast knowledge of acquisitions, development and brokerage to drive tremendous value for his capital partners.

CJ launched his career with CB Richard Ellis where he brokered more than 350 lease and sale transactions, was recognized as one of the top office brokers in the firm’s Anaheim, California office and was elected as the youngest member of the firm’s Orange County Advisory Board.

Later, he served as a Vice President with Master Development Corporation, a regional development company in JV partnership with GE Pension, where his responsibilities included everything from acquisitions to development and management of the firm’s assets in the San Diego region. In this role, CJ gained large-scale development experience as he oversaw the ground-up development of approximately 450,000 square feet of commercial assets.

He co-owned ARK Management, a Southern California residential association management company, and helped to grow the firm and position it for a profitable sale in 2013.

Later, he co-founded SR Commercial, a firm that was recognized by Real Capital Markets as the most active buyer of commercial real estate in San Diego and paved the way for the launch of Stos Partners.

CJ is also Co-Founder of the Young Presidents of America Society, which raises money for charitable causes.

CJ is active in many commercial real estate organizations, including SIOR, BOMA, YPO and NAIOP, and has served as a NAIOP Board Member in San Diego since 2015. He also serves as a mentor to a NAIOP Developing Leaders group.

He has served as a featured speaker for the University of Southern California and the University of San Diego, and for a variety of commercial real estate industry conferences.  He also sits on the Board of Directors with the USC Lusk Center for Real Estate.